So Abedi Pele is now a walking ATM? – Ghanaians react to ex-players’ call for help

Ghanaians and GhanaWeb readers have reacted to the constant calls for help by former Ghana players to 1992 Black Stars captain, Abedi Ayew Pele.

This comes on the back of former Hasaacas player, Herbert Olabode Williams’ call on the Maestro to help him and his other colleagues who are having issues with finances.

Olabode made this appeal after stating how happy he was to have seen Abedi play at the highest level in European football.

“We have been talking to him and I think this time he will listen to us. Abedi please take an eye on us. Myself the likes of Sarkodie, Nii Moe Poloo, John Mensah, Kpakpo we’re all brothers so sometimes please take an eye and help us especially that of Abu. He hasn’t been well for some time. I know you have the power (money) so please help us,” he told Beyond The Pitch on GTV Sports plus.

However, according to some Ghanaians who reacted to the story published by GhanaWeb on August 30,2020, it is wrong on the part of the former players to be publicly calling for help from Abedi Pele when they could have done that at the blind side of the media.

“It is rather unfortunate, but that is the mentality of lots of us Ghanaians. Once you work yourself into a position to breathe, they all come running up out of the woods. Expecting you to shower them with your financial rewards. They see you not as an individual with some resources, but a bottomless ATM with unlimited resources they are all entitled to. A very absurd sense of entitlement! They come as individuals but refuse to see the fact that you are one and only one person and cannot take care of the needs of all of them individually,” another reader told GhanaWeb.

See some of the reactions in the photos below: 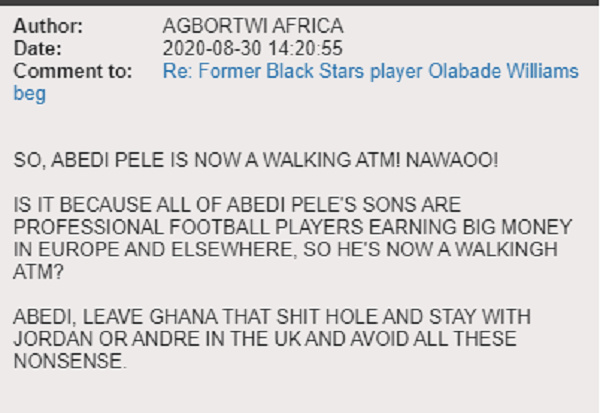 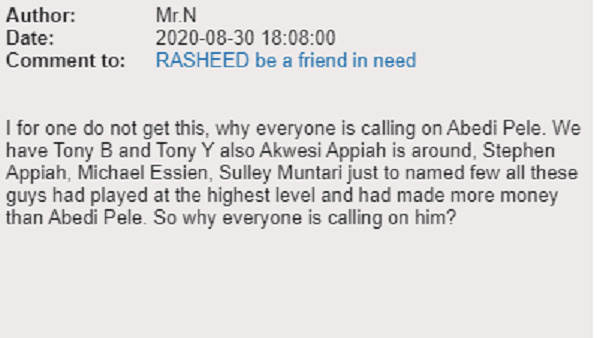 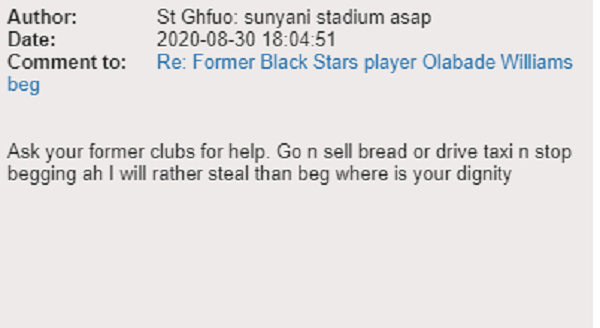 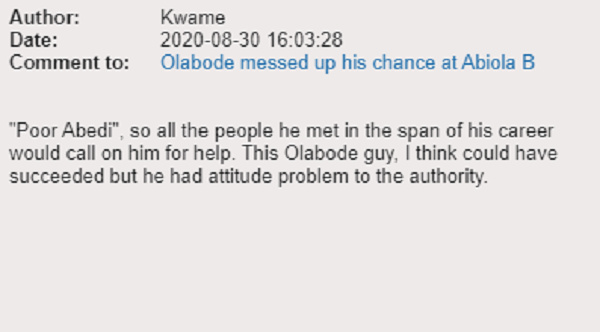 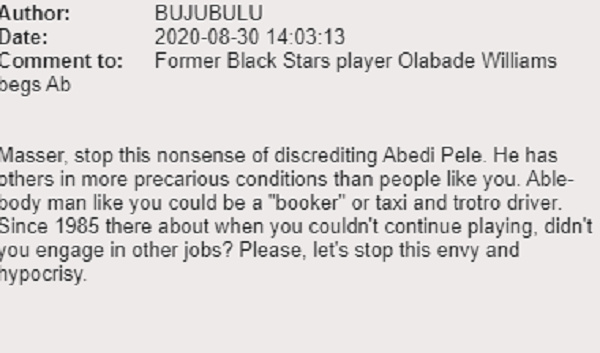 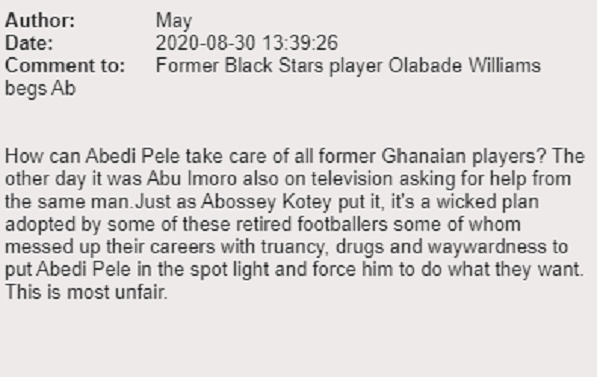 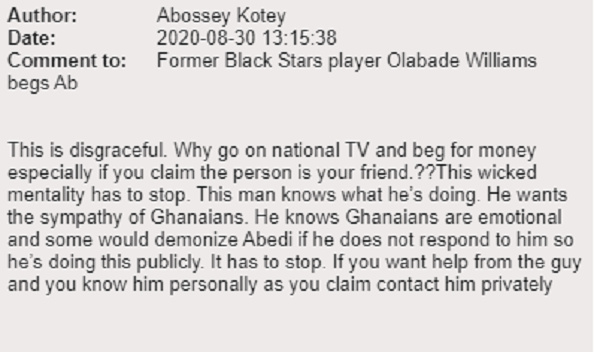 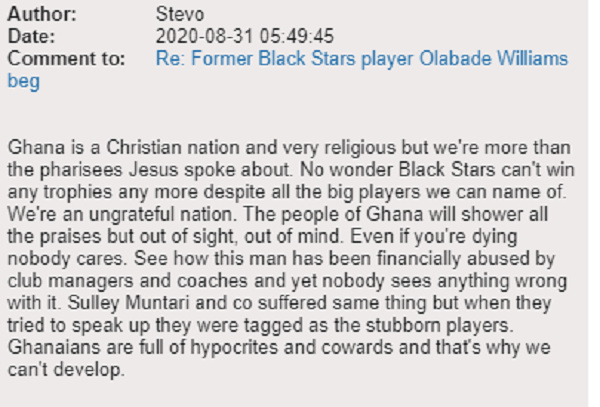 Watch the video of Herbert Olabode William below:

Former Black Stars captain, Asamoah Gyan is already demonstrating that even at the prime age of 35, …